Airbag instantly inflates when a rider is thrown from the horse.

In a fall or crash, the shock-buffering protection system will be activated instantly after the distance from the rider to the saddle exceeds the "Activation Distance", when the key ball is pulled out of the key box to release CO2 gas into the neck, back, chest, side and hip airbags to inflate them and to absorb the impact on rider's body. 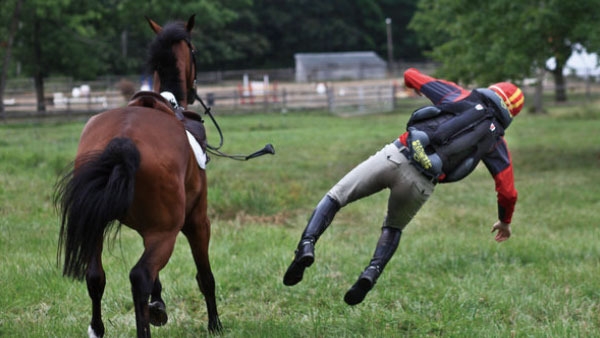 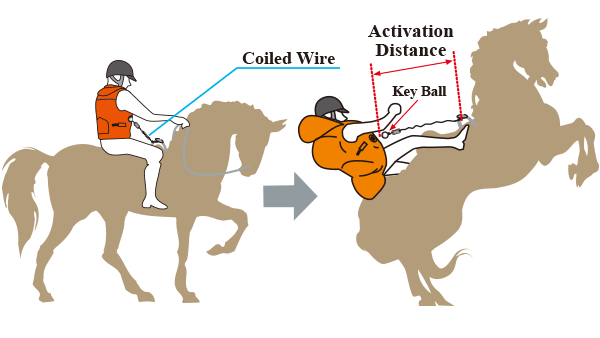 Getting on and off the horse, one-touch release makes it easy. 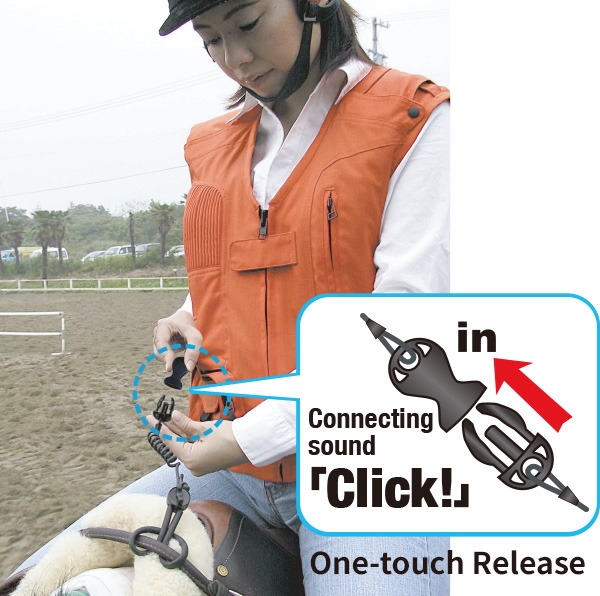 Easy connection/disconnection of the coiled wire by one-touch release when getting on/off the horse. 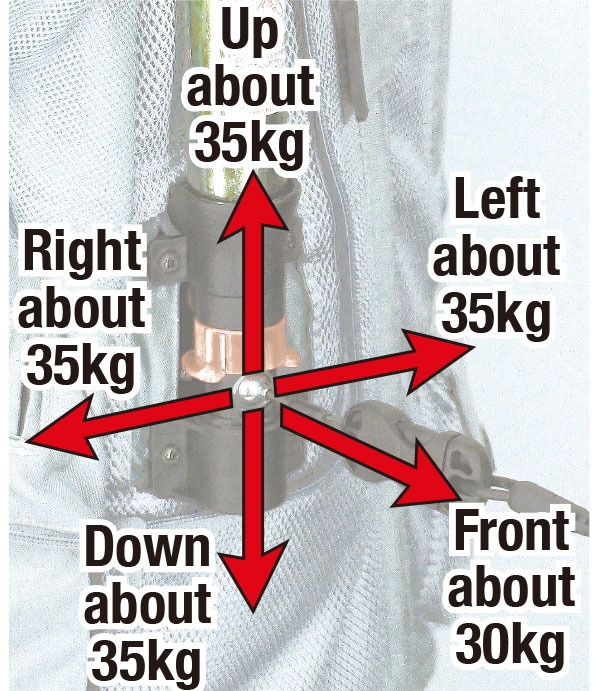 If a rider forgets to disconnect the one-touch release when he gets off a horse, he may feel the pulling force which will not be strong enough to activate the airbag system, but will remind him that he has forgotten to do so.

Hit-air can be re-used repeatedly.

Unless it is damaged by the previous activation, it can be re-used byre placing the CO2 cartridge.
Do not reuse the gas cartridge once used. A CO2 cartridge with a hole at its bottom is unusable. 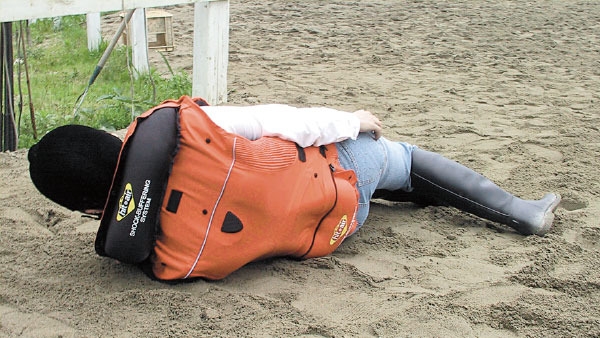 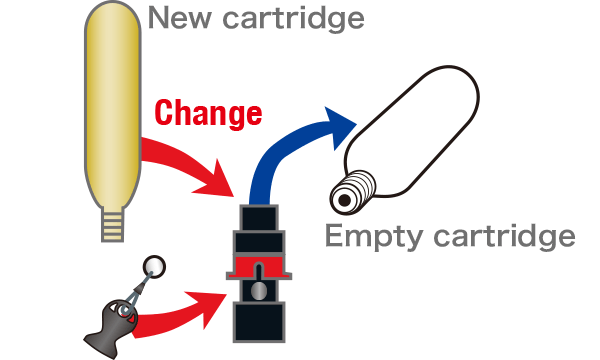 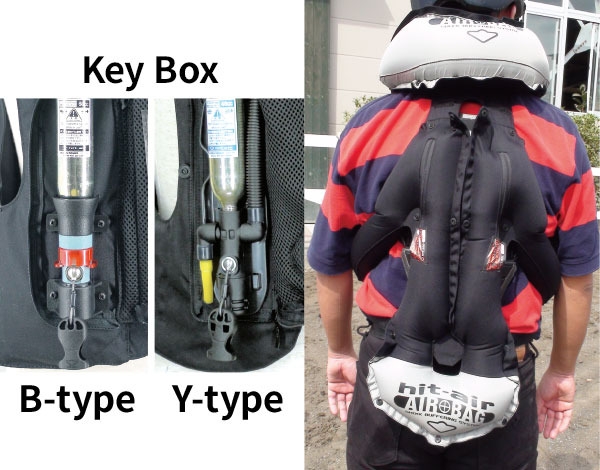 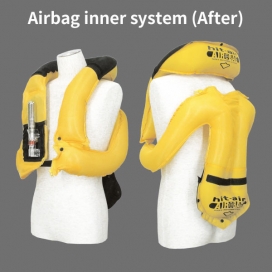 《S-System》Speed up of airbag deployment!

S-System is an improved key box (a device to activate the airbag system) cutting the deployment time (from activation to full inflation of the airbag) in half. 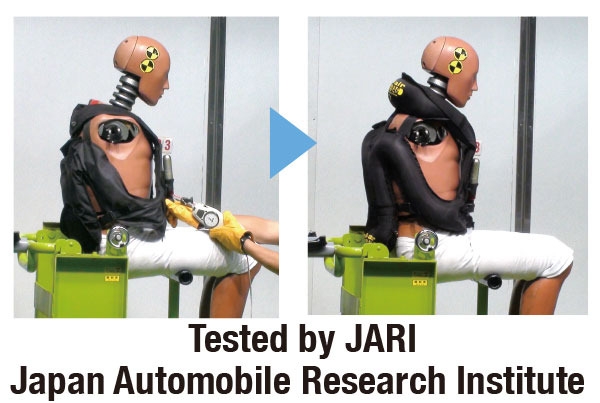 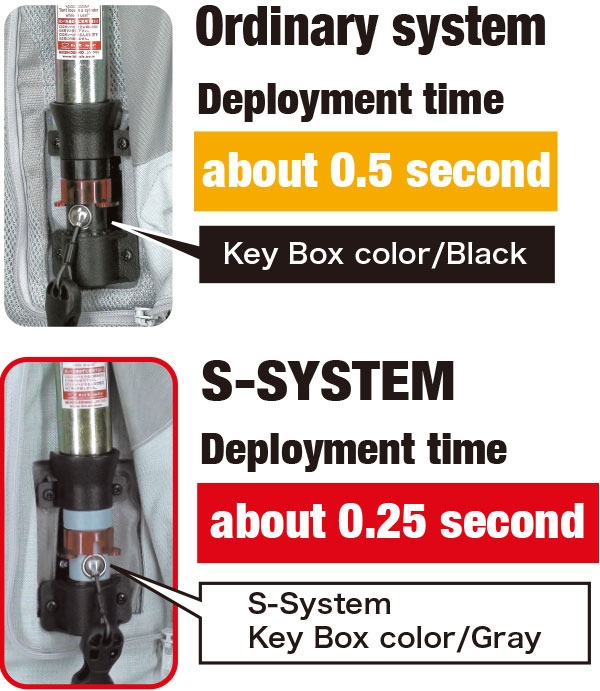